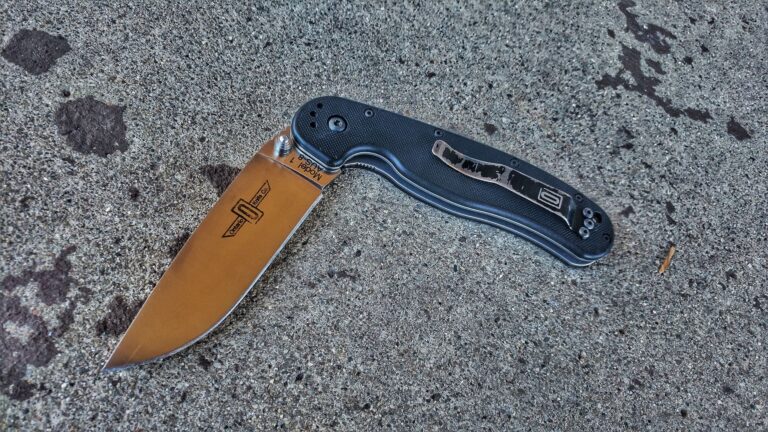 Budget knives are a point of interest for many people, they want something that’s easily disposed of, and easily replaced. This is where the Ontario Knife Company’s RAT 1 comes into play. In a sea filled with thousands of sub-$40 pocket knives, it becomes increasingly difficult to weed out the bad options from the good options. We all want something that’s durable, holds a relatively good edge, and doesn’t break in some way within a year of use. Now for a little bit of a backstory on this knife. Back in 2016 I had started a job as an animal caretaker which required me to have a knife that wouldn’t fail on me; originally I had gotten a Spyderco Tenacious for this job. The Spyderco Tenacious seemed too nice for this job, so my journey for something even cheaper began, and subsequently ended with me getting the RAT 1.

The before mentioned criteria of being durable, holding an edge decently well, and wouldn’t break all pointed me towards the Ontario Knife Company’s RAT 1. It had beyond stellar reviews and it seemed to be universally loved… but before we go any further let’s talk about the specs. 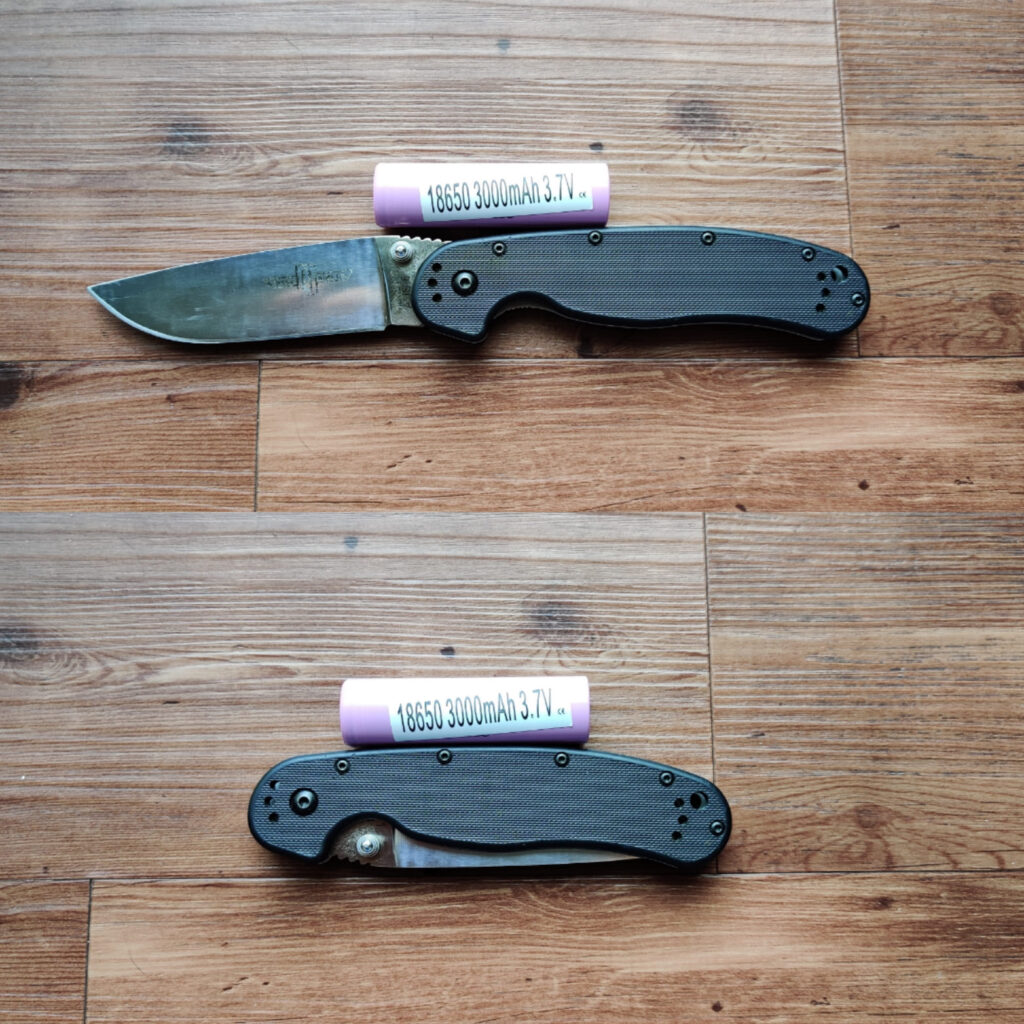 With the RAT 1 you’re going to get a cardboard box and the knife… and that’s it. In the picture you’re seeing it compared to a standard 18650 battery to help you get an idea of how big the knife is.

When it comes to budget knives you’re going to wind up with one of two things. A very flamboyant design like most gas station knives with low quality, or an extremely bland design with decent quality. The Ontario RAT 1 has all the qualities that make a decent (I’d say high quality, but that would spoil the review) quality budget knife. Design wise it’s about as boring as a knife can come, one could say it’s blandness makes it… almost aesthetic like a stock Glock. While this knife definitely isn’t going to win beauty contests, the RAT 1 is a utilitarian offering on the market, an offering that everyone should have at least one of.

Let’s start off with the blade steel. AUS-8 is one of the cheapest blade steel offerings on the market, but, OKC seems to have a pretty solid heat treating process. My RAT 1 held it’s factory edge for a fairly long time despite cutting open hundreds of nylon/burlap bags and twine on a daily basis. It’s also extremely easy to re-sharpen for those that are just getting into that habit such as myself.

As far as rust goes, I’ve not had any issues. For the first year of ownership this knife never saw a drop of oil, it only got washed off with Dawn, and immediately put back in my pocket. For the first half of the year it was constantly falling in and out of poo from every barn animal you can think of. For the next year it would find itself in my pocket in a sweatshop of a factory floor.

At no point, despite not having any oil, did it begin to rust… given I do live in the Midwest so that might have something to do with it.

As I already pointed out, this knife is not an assisted blade, however, the action on the OKC RAT 1 is the absolute smoothest knife out of the box I’ve ever had to this day. While not trying to do a comparison in this review, its smoother than the Spyderco Tenacious’ was, the Spyderco Para 3 I currently have, and a handful of others.
It’s so smoother that I’m able to deploy it faster than my assisted Zero Tolerance knife.

The thumb studs on the knife are kind of short though, but they’re flush with the grip panels which means they won’t snag at all; pros & cons to everything. That said, they are still easy to manipulate. 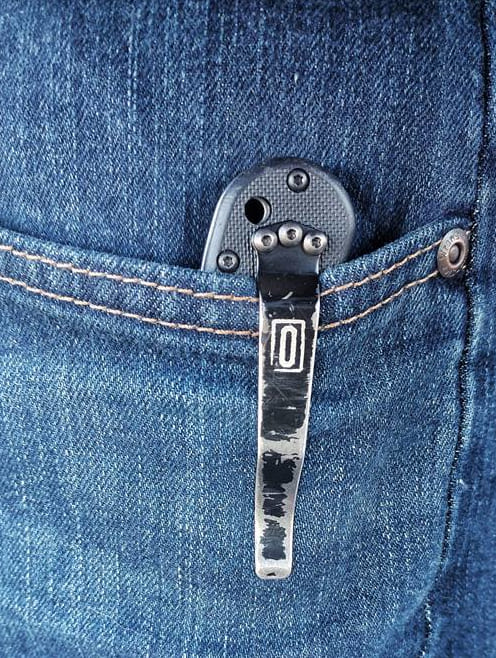 This is where the Ontario Knife Company’s RAT 1 shines. The RAT 1 offers the ability to carry tip up, tip down, left, or right hand carry; these are options that more expensive options flat out don’t offer. There’s also a lanyard hole on the back of the grip, allowing you to completely remove the pocket clip if you so choose.

As far as carrying the RAT 1 goes, it isn’t exactly the most discreet option. With the clip set for tip up carry you’ll have approximately 0.5″ poking out of your pocket, doing tip down decreases this by half. Beyond that, it takes up minimal space width wise on the pocket, and it hasn’t torn up my pockets which is great. It comes out easily, slides in effortlessly, but offers enough retention to not fallout.

This is where the good things end though. The weakest spot on the RAT 1 is indeed the pocket clip. Even if you through Loctite on the screws before tightening them in, you’re going to experience clip wobble. The screws won’t work their way out of the holes, the clip just gets bored out slightly, and causes it to seem loose. Having Loctite’d the screws before removing the clip entirely, I never had issues beyond being annoyed. 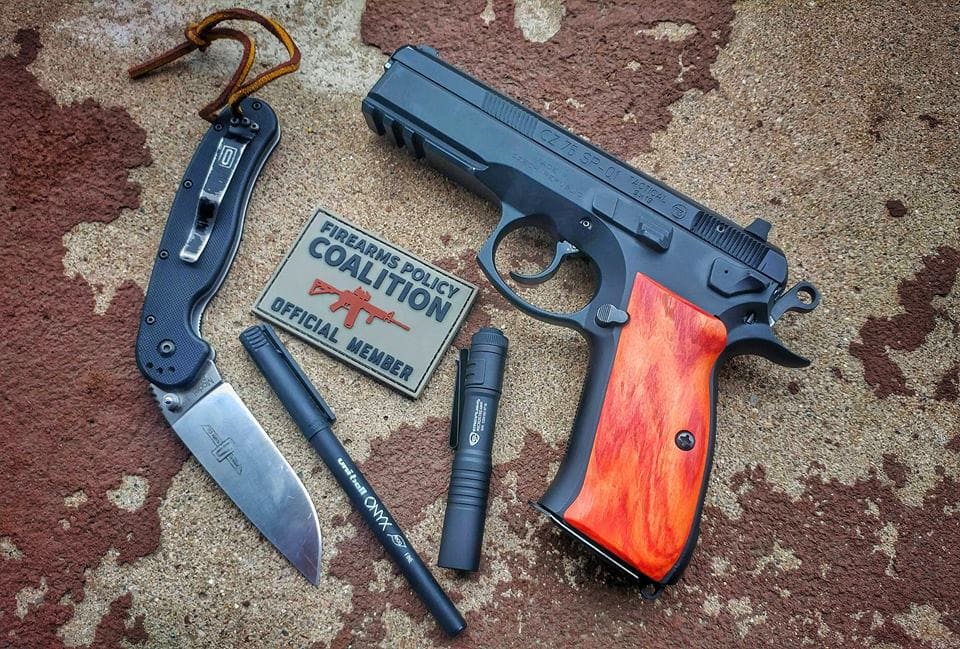 For me the Ontario Knife Company RAT 1 gave me a benchmark for what to expect from knife companies and created the benchmark I will use for knife reviews moving forward; which is crazy considering you can find it for $25 at Wal-Mart on occasion. At the price the RAT 1 is set at, or at least was when I bought it, there wasn’t another knife on the market that could compete with it in the $20-$75 bracket. The action is impeccably smooth, it offers every option possible for carrying, edge retention is decent, and the Nylon 6 grips feel very similar to G10.

If you’re looking for the absolute best budget pocket knife on the market, it’s the Ontario Knife Company’s RAT 1. It’s inexpensive so you won’t care if it gets lost or broken, but it has the same, or better quality, as knives twice it’s price. For those that are wanting a little more bang for your buck, you can also go up slightly in price and get the variant that has a D2 steel blade over the AUS-8.

P.S. If you get an Ontario RAT 1, take a picture for the ‘Gram, and tag JustPews in it!