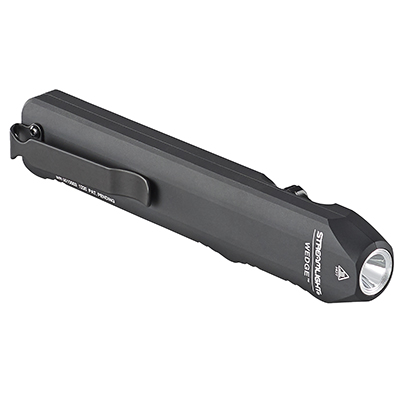 With COVID-19 a lot of traditions have come to a screeching halt from 2020 to 2021 and there’s no apparent end in sight. For the firearm and EDC community one of those traditions is SHOT Show which is an event that’s supposed to take place in Las Vegas (or New Vegas at this rate) every year. At SHOT Show companies flock to their own designated booths, dumping tens of thousands of dollars just to display their current products and to unveil their new ones. With the event more or less being canceled this year, I’ve decided to do some mock SHOT Show coverage for JustPews.
Previous
Next

Streamlight announced that they will be coming out with the Streamlight “Wedge”, a “high-performance” EDC light designed for “clean pocket carry” as the Fact Sheet on their website puts it. For all intents and purposes it looks like this may be Streamlight competition to the Surefire Stiletto; a slender pocket light that fetches nearly $200 on Amazon.

The Wedge, which cool name, is coming with a standard constant on output of 300 lumens and 1,200 peak candela (seeing “peak” in the output of a light typically means there’s a stepdown process to prevent overheating of the hardware), with a run time of 3 hours on a charge.

Streamlight has also equipped this light with what they’re calling the THRO Mode, which sees a massive increase in output. THRO Mode is rated for 1,000 lumens and 3,000 peak candela…but it only allows this output for 35 seconds.

This light is being powered by an integral 1,500 mAh lithium polymer power call that has an on board safety circuit. The indicator is seen on the mechanism that you use to activate this light; which is kind of interesting.
Instead of using a traditional button on the side or on a tail cap Streamlight opted to use a rotating thumb switch. It appears that if you rotate the switch towards the emitter it will turn on in the constant 300lm/1,200cd output, rotating it away from the emitter activates the THRO mode.

The rotating switch is also where you’re going to see the battery level indicator for the Streamlight Wedge, if it’s shining green it means that the light is charged, if it’s growing red it means it needs to be charged…since you have a low battery. The clip looks like an elongated version of the deep carry clip on the Benchmade Bugout and it’s also reversible.

All around, the Streamlight Wedge seems like it won’t be a terrible option for a slender EDC light if it stays below the $100 price point (no, I don’t mean $99), but otherwise it has some stiff competition in the light market despite that competition not being as slender as this light is. For instance you have the Streamligth Pro-Tac 2L-X which offers a 500lm/6,800cd for a duration of 3 hours for only $60…with the added benefit of having a removeable battery.

I do want to a caveat, Streamlight says the beam distance is 69 meters; real world you are not going to see the Wedge throwing light out that far. It doesn’t have the candela to push it that far or an emitter shaped to produce that type of distance in the real world. At most you might be able to get use out of the light out to about 7 meters in an urban environment, maybe a little more out in the boonies.